As a diabetes researcher, I’m well aware of the atrocities that high sugar and fat consumption wreak on the body.  We have an obesity and Type 2 Diabetes problem in this country, there’s no denying that – have you seen the CDC heat maps over the past four years?  Yet, I disagree with those in the field that are calling for a tax on sugar.  Setting age limits and taxes on sugar and sugary foods will not protect Americans from obesity and diabetes.  Have age restrictions and excise taxes on alcohol decreased the number of alcoholics in this country?

First of all, the government is currently keeping production and importation of sugar high.  Domestically, farmers get subsidized for corn production, a portion of which is processed into high fructose corn syrup (although much of it can be used for other things such as ethanol…and…corn).  Internationally, sugar is imported from other countries tax-free.  The U.S. Sugar Program Fact Sheet, yes there is such a thing, states, “Sugars that receive preferential tariff treatment under free trade agreements such as the North American Free Trade Agreement (NAFTA), the Central American/Dominican Republic Free Trade Agreement (CAFTA/DR), the Caribbean Basin Economic Recovery Act, the Andean Trade Preference Act, or the U.S. Generalized System of Preferences enter at a zero duty.”  That’s nada, nothing, zilch, zip, in other words, no tax on imported sugar.  If the government were to institute a substantial consumer tax, that would theoretically decrease demand and keep supply high with subsidies and tax-free trade.  This would not be a logical step for the government nor towards reducing America’s dependence on sugar.

You also have to think about consumer habits.  People pay for Starbucks coffee because they enjoy it, they know the quality and consistency of the product, and they can buy it practically anywhere.  People buy Ding Dongs for the same reasons.  They will not change their lifestyle because they have to pay a few cents more.

I do applaud the idea behind encouraging people to eat healthier, but there needs to be proactive changes in communities and families, such as increasing access to healthier food and ease of preparing it, rather than government restriction of unhealthy food.

I know the Boston Tea Party was mainly about taxation without representation, but I can still imagine all the marine life that would die of hyperglycemic complications when all that sugar gets dumped into Boston Harbor in protest of high sugar taxes. 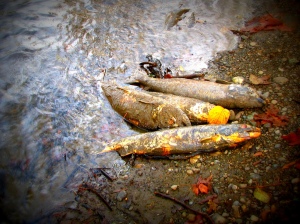 One thought on “Boston Sugar Party”