Archive for the category “Humor”

Cheese and beer go together like rama lama lama ka dinga de dinga dong.  Cheese is a great partner to beer and can provide a similar taste or a sharp contrast.  Historically, cheese and beer were both produced and eaten by monks and farmers.  Many pubs combine beer and cheese into dips or soups that are usually very delicious.  I am a beer lover, so when I popped open a bottle of Berliner Weisse aged on fresh blueberries from a local brewery, I was excited.  It poured out an interesting mauve color.  (This color description reminds me of another science story – but I’ll leave that for a future post).  Then, like a shovel to the head, it hit me.  It attacked my nose with tiny odor knives.  The smell.  Was.  Disgusting.  I expected a sour blueberry aroma, but instead I got cheese.  Stinky feet cheese.  My family used this term when the cheese my mom bought had a certain ‘odeur’ to it.  I clearly remember a few instances when I curled up my nose and reeled away from the table after taking a sniff of strong cheese.  I think this primal sensory memory was permanently burned into my brain.  I grew up thinking that this term was something my family had just come up with.  I had no idea it was a real thing.

There are several different organisms (bacteria and mold) that produce compounds to make cheese smell rank.  The bacteria that causes Limburger cheese to smell like a dirty foot party is Brevibacterium epidermidis.  Guess where this little guy was cultured from?  You guessed it – actual stinky feet (epidermis = skin).  This type of bacteria converts the amino acid methionine (found in foot sweat and dairy proteins) into gaseous methanethiol.  There are other places this methanethiol byproduct is lurking other than your cheese and your feet.  I learned this a few years ago from my friend Stef.  She made a comment about our pee smelling bad after we had asparagus at dinner.  I had no idea what she was talking about.  Turns out, the metabolism of asparagus produces a cocktail of volatile organic compounds that can cause your urine to have a sulfuric smell, and one of those compounds is methanethiol.  I apparently don’t have the single-nucleotide polymorphism (SNP, which is a DNA sequence variation) in my olfactory genes to detect it or am one of the few who may not produce ‘asparagus pee’ because my urine didn’t smell any different to me.  Another organism that is very sensitive to methanethiol is Anopheles gambiae, the principal type of mosquito that carries malaria.  Dr. Bart Knols and colleagues observed female mosquitoes were attracted to stinky feet – and created a mosquito trap baited with dirty socks (see Table 1).

Although I may not have mosquito-like senses when it comes to methanethiol, I’ve determined that I am pretty sensitive to isovaleric acid.  This fatty acid is produced on feet and in strong cheeses such as Durrus by the bacteria Staphylococcus epidermidis through metabolism of the amino acid leucine.  This bacteria can also grow out-of-control on your face and cause bad acne.  Whenever I smell isovaleric acid, you can bet that I’m calling the odor ‘stinky feet cheese’.  Similarly, another bacteria called Propionibacteria can be found on feet, in cheese (like Swiss), and on acne-laden skin.  This bacteria can produce isovaleric acid as well as propionic acid, which has a vinegar-like smell.  Who knew stinky feet and stinky cheese had so much (bacteria) in common?

So how did isovaleric acid get into my beer?  I’m pretty sure they didn’t brew it with dirty socks or pungent cheeses.  Hops contain three different types of alpha acids that create the bitter flavor in beer.  If the hops get old or are not stored correctly, one of those alpha acids, humulone, can oxidize and produce isovaleric acid.  You can even buy capsules of purified isovaleric acid to train yourself to identify this smell and taste in your beer.  Hops are usually boiled with the wort (the sugar-water produced from mashing the grain) to introduce the bitter flavor and the isovaleric acid byproducts will be drastically reduced.  However, Berliner Weisse wort may only be boiled for about a quarter of the time than as for other types of beer (or not even boiled at all).  This leaves the stinky, cheesy isovaleric acid in the beer.  The off-flavor is intensified by the low pH of the sour mash.  However, there are many Berliner Weisse beers that do not have this cheese flavor (and that are presumably boiled for a longer period).  The worst part was, the aftertaste of my beer had a strong cheese flavor…and it lingered.  Needless to say, I could only stomach two sips – and the second one was only to confirm its nastiness.  After chugging a glass of water, I found it quite unfortunate but necessary to dump the rest.

A few weeks after this beer was released and killed the noses and palates of its drinkers, the brewery admitted the mistake and recalled the beer.  Since then, they have brewed a new batch of the blueberry Berliner Weisse and also brewed a batch with raspberries.  I thoroughly enjoyed the raspberry beer and its tart, fruity flavor…and smell.  In fact, I might even pair the next bottle with a nice (mild) cheese.

There is an obesity problem in America.  Educating children about eating a balanced diet is the most important thing we can do to prevent further increases in obesity.  As a child, I had to stay at the dinner table until I ate all my vegetables.  I remember one time that I sat at the kitchen table at least an hour after dinner was over, pouting over my turned-cold broccoli.  I eventually choked it down.  I learned that it’s important to eat a balanced diet, and now I choose to eat my broccoli.  Thanks Mom and Dad.  If children eat fresh fruits and vegetables from an early age, they will actually like to eat some of them.  Just ask my 7-year-old niece and 5-year-old nephew if they like beets and brussel sprouts.  (They do).  Any headway made on reducing childhood obesity depends on parents taking responsibility for their children’s diet and educating them about it.

Several studies based on exposing children to healthy foods by their parents increase children’s acceptance of that food.   Giving a bite of vegetable to a child every day for 2 weeks exposes them to that food and increases the consumption and likability of that food.  Dr. Lucy Cooke of the University College of London recently demonstrated that exposure to a healthy food followed by a tangible reward of a sticker increased their intake and liking of that food as well.  (Not to brag, but I had a pretty big sticker box as a kid – and I never got any for eating vegetables!)  There has been a lot of media coverage lately on a study claiming that children’s food choices were affected when silly names were associated with vegetables. Although the authors conclude that the silly names increased vegetable intake, I don’t think the experiment was well-controlled.  The baseline vegetable consumption of the control group before the intervention was 1.8-23.5-fold higher than that of the treatment group, depending on the vegetable.  That means, the children who were served the silly-named vegetables were eating a lot less vegetables at the beginning of the study (and intake at the end of the study was still less, for 3-out-of-4 vegetables, in the treatment group than the control group without the silly names).  For example, if Paul in the control group ate 4 carrots at the beginning of the study, and he ate 5 carrots at the end, that would be a 1.25-fold increase.  If Sally ate 1 carrot at the beginning of the study, and then they called carrots “X-ray Vision Carrots” and she ate 3 carrots, that’s a 3-fold increase.  Look what happened when you gave carrots a silly name!  You just can’t compare these groups well with the simple statistics they used.  Perhaps these conclusions were made because the people who performed the study were marketing guys (and I believe, marketed loose data to the public).  Nevertheless, children are influenced to some extent by marketing, but they are influenced more by what those around them (parents and peers) are doing.  It’s the parents’ responsibility to make sure their children are eating a healthy diet.

Along the same lines, there is an uproar over the new government regulations for subsidized school lunches.  I found the clip below from The Daily Show to be humorous (and fairly accurate) – it spawned this post (and the title).  Children need to learn to eat healthier, but if parents and schools don’t teach them that, then the obesity rate will keep on rising.  Advice to children in the immortal words of John Stewart: Eat your motherf*cking lunch.

The Daily Show with Jon Stewart

To continue the discussion of addiction…I hope you all drink responsibly today.

This song was posted last year, but the songwriter made some scientific corrections that were pointed out to him.

Posted in Humor and tagged Beer | Leave a comment 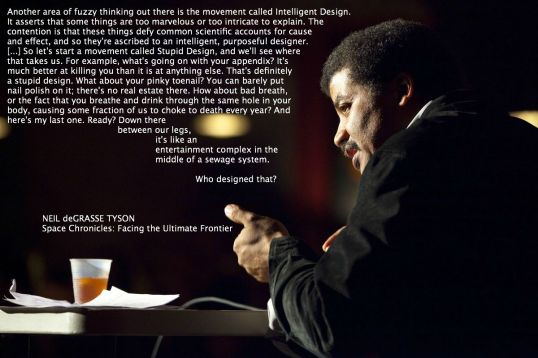