Archive for the tag “Education”

Hotspot to the Rescue

Last week, my friend Lauren asked me to talk to her 5th grade class about my job as a research scientist.  Her class was learning about the scientific method and that not everything may be as it first seems.  When they were asked to draw a scientist, they drew very Einstein-looking men with white, crazy hair.  When the class brainstormed questions to ask me, one of them was, “Do you wear glasses?”  She was able to massage that one into “Do you wear safety glasses?”, but you can see how these kids were thinking.  She wanted to break those stereotypes and show her class that anyone can be a scientist.

Her school is a solid hour away from my lab, so she thought a video chat would be the best idea.  She had never tried to video chat from her classroom before.  She tried Skype, which didn’t work.  She tried Google video chat, which didn’t work.  I tried to Google video chat from my computer on the hospital network, but I couldn’t get it to work on my side either.  It amazes me that in 2012, places where free video-conferencing should be used often (schools, hospitals) are denied access.  I understand that there’s only so much bandwidth available on certain networks (or only so much they want to pay for), but blindly denying access to certain sites makes it very hard to communicate.  There is also the security aspect of video-chatting in schools, but Lauren told me that her public school district restricts internet access much more than her Catholic school did 4 years ago.  (The Catholic school was under the impression that kids are going to go home, go on the internet, and find websites that aren’t appropriate.  Why not teach them how to use it properly at school?)  Nevertheless, teachers should be able to access internet sites they find helpful for their classes, regardless of student access.

I have an Android phone and knew I could connect my computer to video chat via hotspot over my cell network.  Unfortunately, she had an iPhone that couldn’t hotspot.  Apparently you have to pay for such service on iPhones (except maybe some plans on the new iPhone5).  Luckily, her husband’s jailbroken iPhone could hotspot.  So we video-conferenced between a school and a hospital using 2 hotspots and a borrowed phone. 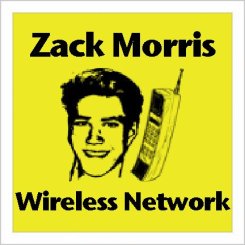 In the end, the connection was successful, if not a little jerky with an intermittent humming sound.  I think the kids enjoyed it (especially seeing the magnetic stirrer in action).

And it gave me a good feeling inside to think that I may have planted the seed for one of those kids to become a scientist someday.